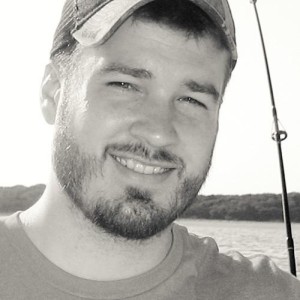 Although excessive alcohol consumption has adverse health effects, epidemiological studies have consistently demonstrated that moderate consumption of alcohol and wine is statistically associated with a decrease in cardiovascular illness such as heart failure. Additional news reports on the French paradox also back the relationship. This paradox concerns the comparatively low incidence of coronary heart disease in France despite relatively high levels of saturated fat in the traditional French diet. Some epidemiologists suspect that this difference is due to the higher consumption of wines by the French, but the scientific evidence for this theory is limited. Because the average moderate wine drinker is likely to exercise more often, to be more health conscious, and to be from a higher educational and socioeconomic background, the association between moderate wine drinking and better health may be related to confounding factors or represent a correlation rather than cause and effect.

Population studies have observed a J-curve association between wine consumption and the risk of heart disease: heavy drinkers have an elevated risk, while moderate drinkers (up to 20g of alcohol per day, approximately 200 ml (7 imp fl oz; 7 US fl oz) of 12.7% ABV wine) have a lower risk than non-drinkers. Studies have also found that moderate consumption of other alcoholic beverages may be cardioprotective, although the association is considerably stronger for wine. Additionally, some studies have found greater health benefits for red than white wine, though other studies have found no difference. Red wine contains more polyphenols than white wine, and these are thought to be particularly protective against cardiovascular disease.

A chemical in red wine called resveratrol has been shown to have both cardioprotective and chemoprotective effects in animal studies. Low doses of resveratrol in the diet of middle-aged mice has a widespread influence on the genetic factors related to aging and may confer special protection on the heart. Specifically, low doses of resveratrol mimic the effects of caloric restriction—diets with 20–30% fewer calories than a typical diet. Resveratrol is produced naturally by grape skins in response to fungal infection, including exposure to yeast during fermentation. As white wine has minimal contact with grape skins during this process, it generally contains lower levels of the chemical. Beneficial compounds in wine also include other polyphenols, antioxidants, and flavonoids.

To benefit fully from resveratrol in wine, it is recommended to sip slowly when drinking. Due to inactivation in the gut and liver, most of the resveratrol consumed while drinking red wine does not reach the blood circulation. However, when sipping slowly, absorption via the mucous membranes in the mouth can result in up to 100 times the blood levels of resveratrol.